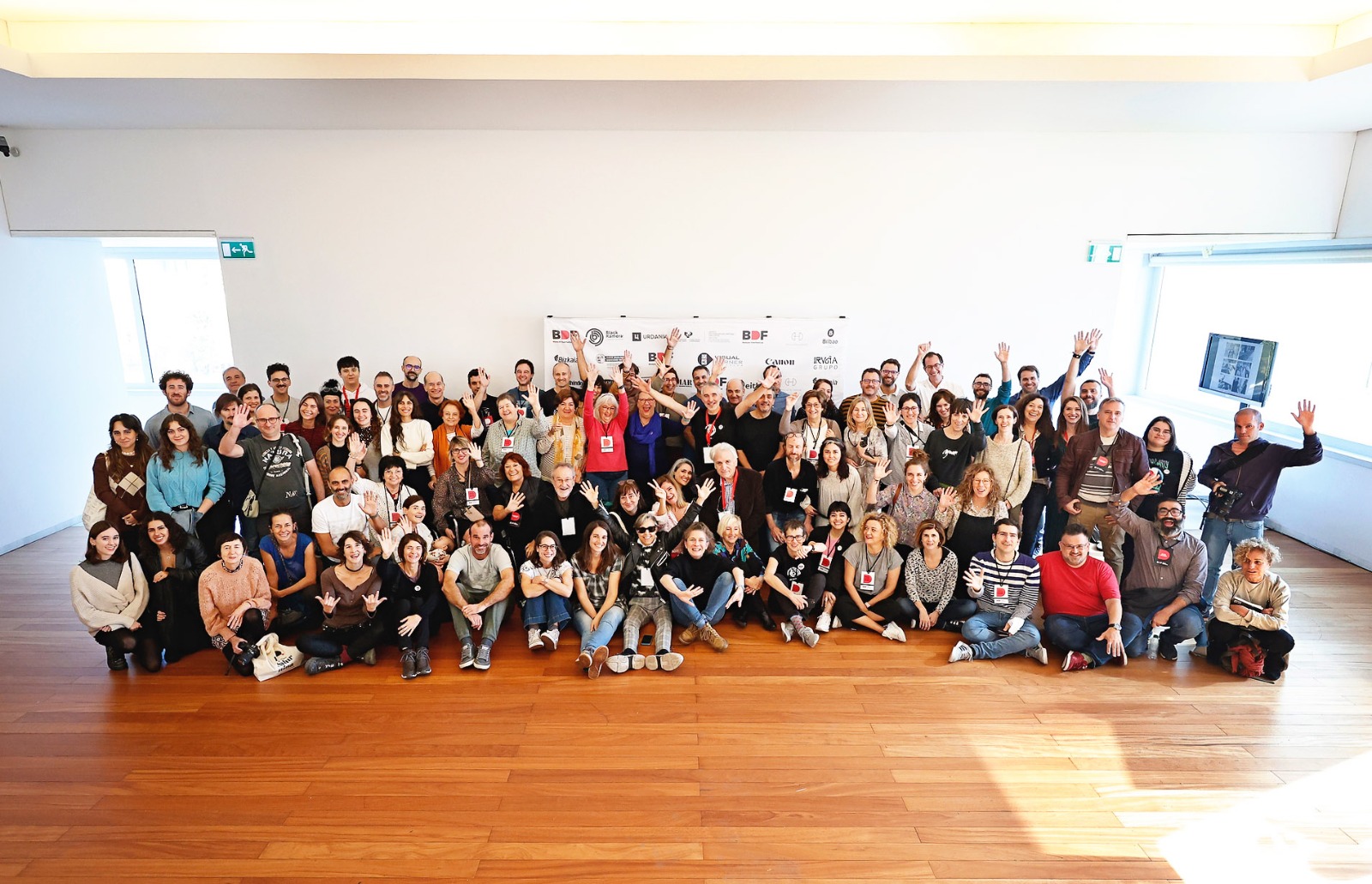 The third edition of the Basquedokfestival finalizes with an absolute success

The third edition of the Basquedokfestibal, the International Documentary Photography Festival of Bilbao, was celebrated last weekend. It was such the success that it surpassed the expectations of the organizers. Thirteen photography professionals and visual artists of recognized prestige from both the national and international scene have participated in the festival and by expositions, photobooks’ presentations and masterclasses have managed to bring together more than 400 participants during the five-day-long festival.

We have doubled the number of registrations in relation to the Basquedokfestival 2019, in addition to the active participation of the university environment with more than 120 students of the UPV in the different conferences and activities. We would like to thank the Vice-Rector of the Bizkaia Campus for his presence at the inauguration of the BDF 2022.

The professionals that have participated in this occasion are: the member of the Magnum Agency Richard Kalvar, the documentary photographer Gus Powell, the Hispanic-Palestinian photojournalist of conflicts Maysun, the photographer from Bilbao Bego Antón, the photographers David Salcedo, David Arribas and Roberto Aguirrezabala, the visual artist and ambassador of Canon in Europe Eliska Sky, the documentary photographers Éléonore Simon, Scarlett Coten and Gabrielle Duplantier, and the multimedia producer José Bautista. As well as the award-winning American photographer, Donna Ferrato, who participated via long-distance call from her apartment on Brooklyn (New York). The Basquedoksaria 2022 has wanted to recognize the 50 years of her career and, specially, her activism and coverage work, though photography, about the violence against women.

The event has been carried out between the Bizkaia Aretoa of UPV/EHU at Abandoibarra, the Golem Cinemas of the Azkuna Zentroa and the facilities of Blackkamera, the documentary photography academy, at Bilbao.  According to the organizers, “the success of attendance is due to the growing interest that the society has in photography, and due to the fact that we have managed to bring to Bilbao many of the major figures of the documentalism, which entails a huge economic impact for the city”.

The Basquedokfestival aims to raise awareness and invite to reflection and debate on documentary photography, the new challenges it faces and its evolution, and future, with the advent of new technologies. The festival has been sponsored by the City Council of Bilbao, Canon and the hotel Domine. Besides, it has been organized by the academy of documentary photography Blackkamera, the University of the Basque Country (UPV/EHU) and the Cultural Association Urdanik. On this occasion, the festival has counted on the support of the Provintial Council of Bizkaia, the Basque Government, EITB, the Golem Cinemas, Foto Samar, Grupo Iruña, the bookshop La Saturnina, Visual Korner Photolab, Café Baqué, Bilbao Arte, Aux Magazine, Cervezas la Salve, Arbela, BMW and Aqabamedia.

For more information and interviews: info@basquedokfestival.com